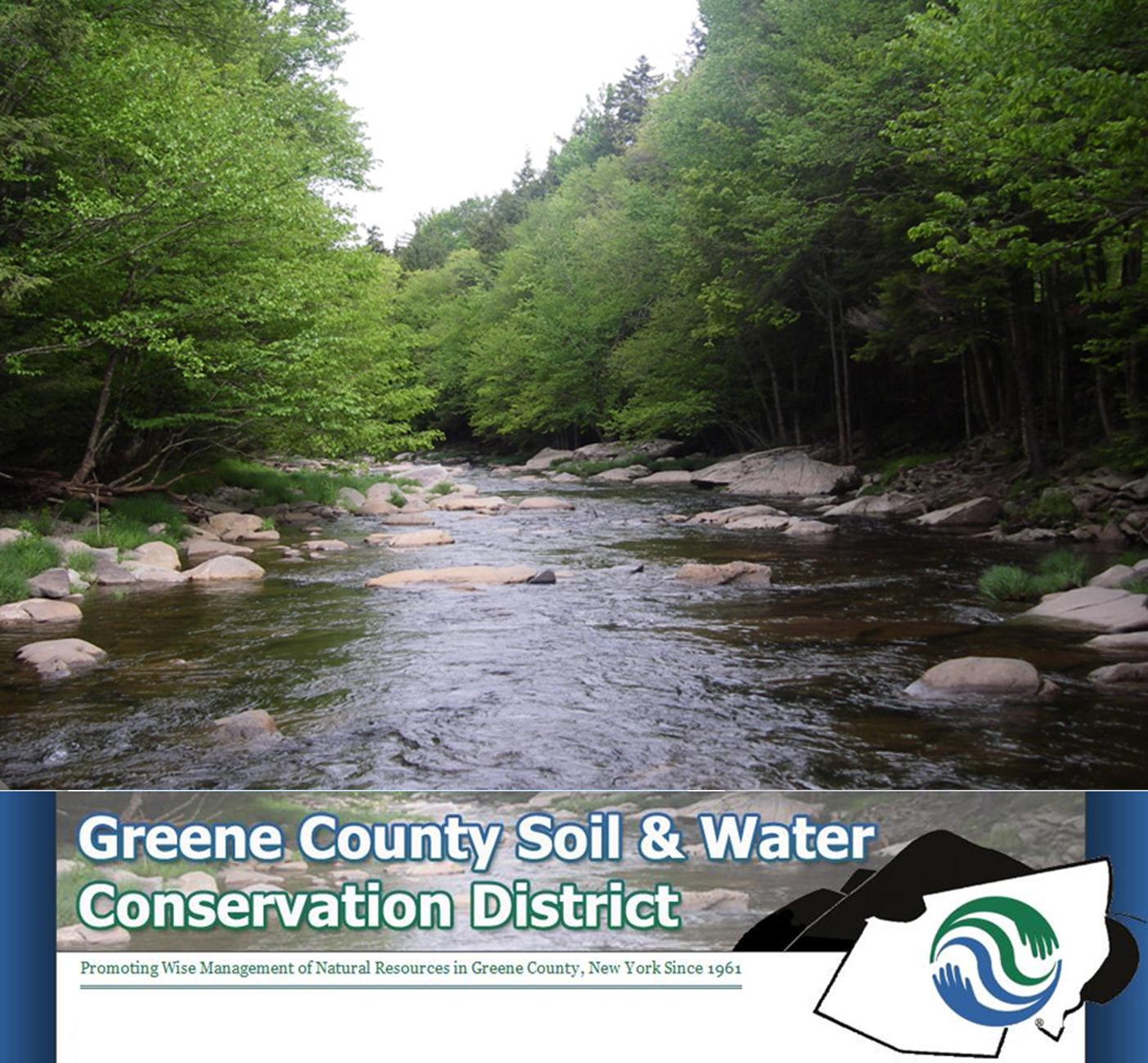 The Greene County Soil & Water Conservation District is a county level, political sub-division which is dedicated to the management of natural resources. Located in South Eastern New York State, Greene County is home to the Northern high peaks of the Catskill Mountains and is bordered on the East by the Hudson River.

The District has been in existence since 1961, and was initially formed to facilitate the implementation of a major federal flood control project in the Town of Windham. Since its inception, the District has developed a diverse conservation program in response to local needs, and which provides assistance to landowners, local municipalities as well as state and federal agencies.