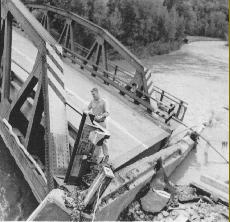 Learn how to prepare your family and home for a flood, and what to do after the storm is over.

Learn about floodplains, their role in flood protection, and proper floodplain management.

Historical Floods in Greene County and the Role of the District

In August 1955 and September 1960, the Mountaintop region of Greene County was hit by two devastating floods. In each instance, the flood events were associated with the remains of major hurricanes which had pushed inland as tropical storms. These flood storms produced very significant damage. In 1961, the Greene County Soil & Water Conservation District was formed specifically to facilitate the development of a flood protection project on the Batavia Kill in the Town of Windham.

Since that time, the District has continued to place flood response and mitigation as a high priority. Whether it is facilitating communities with pre-disaster planning, or coordinating mitigation construction projects, the GCSWCD is an active participant in flood mitigation in Greene County. 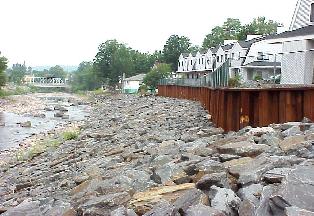 The GCSWCD is a member of: